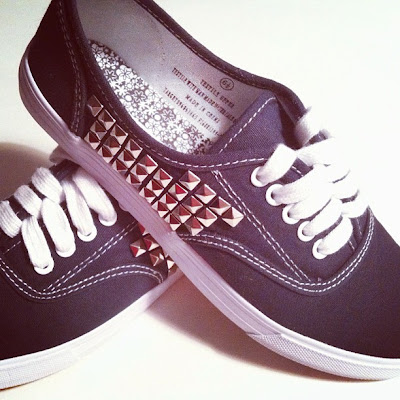 I've had this desire for a while to create my own studded shoes. The initial inspiration came from Honestly WTF's tutorial. While the pictures shown in that tutorial were of light blue and pink Vans with gold studs, I opted for a much cheaper choice, since this was my first time trying it and frankly I just like cheap stuff! :) 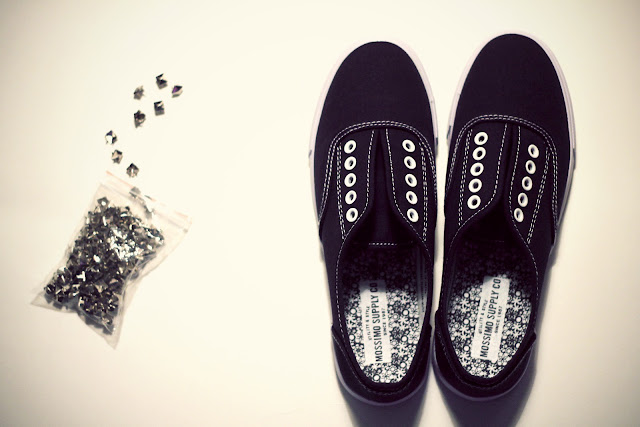 I took the laces out of my shoes, as you can see, to give myself easier access to the inside of them. Not a bad idea. 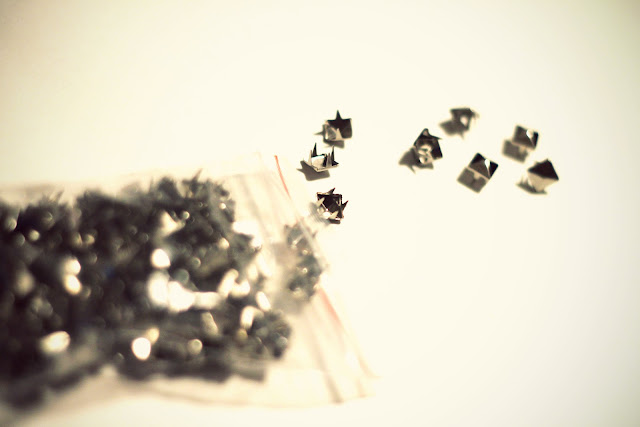 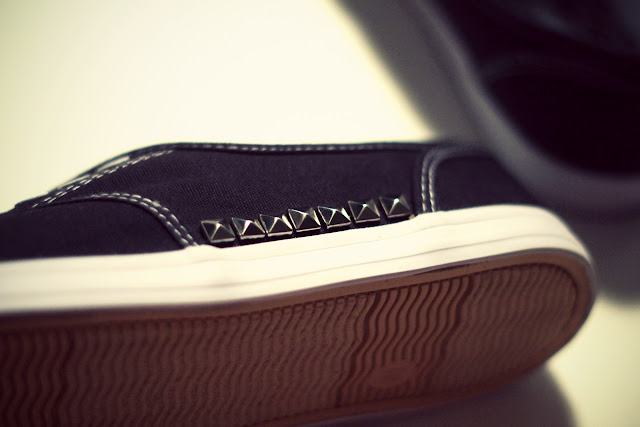 Start by lining your studs up along the bottom edge of the shoe (to give you a straight guideline all the way up), and determine how many you can fit. Do this BEFORE you start poking any through the canvas. You can see a little bit on the right side above that I misjudged my spacing, and the right side ended up being more spread out than the left side, where I tried to cram them all in.

Once you've figured out how you're going to arrange your studs, start poking them through the canvas one by one, and push the prongs inward to secure the studs, and so you won't feel them when you wear your shoes. 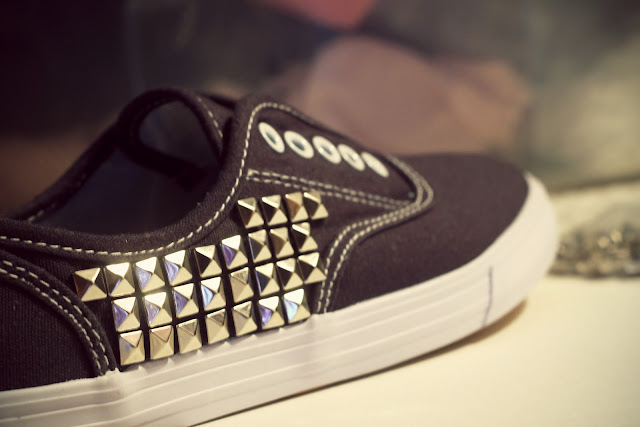 Continue building upwards and fit the studs on however you like. I'm not sure exactly how I did it, but somewhere along the way I miscounted, and ended up with a different design on the right shoe than on the left. I think they still look good, but it would've been better if they matched exactly haha! Hopefully no one will notice...

Continue on with the second shoe, and you've got yourself a brand-spankin' new pair of shoes for less than $15, when you could've spent nearly $200 from Vans or Converse! Congratulations, and wear 'em well :) 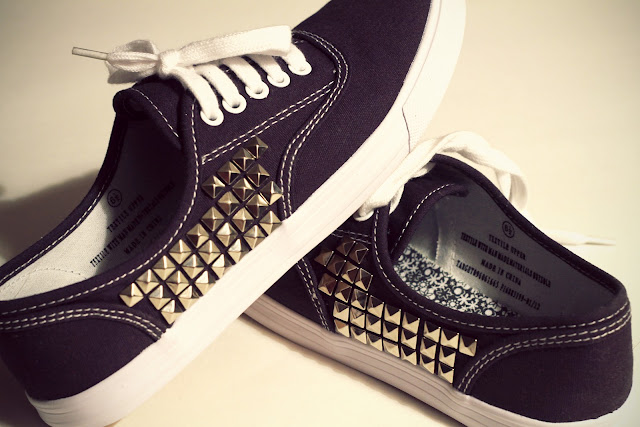 If you guys have any questions, I'd be happy to answer. And if you decide to make yourself a pair, I'd love to see how they turn out! :)

Posted by joy personified at 11:32 AM

joy personified
Ever since I was little, I've been in love with creating things. Everything from drawings to paintings to photographs (well, taking, not creating, I suppose...) to jewelry and clothing. I'm a photography major who enjoys a cute manicure and DIY projects. Too much, in fact. They've become my obsessions. Feel free to join in the awesomeness of these obsessions :)